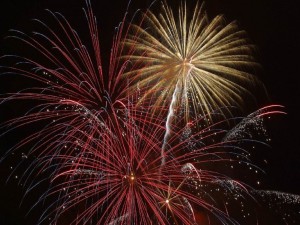 “Cheers to a new year and another chance for us to get it right.” -Oprah Winfrey

This blog was first started back in 2007. Since then, I’ve published 258 posts on topics that ranged from outright rants, to humor, to reviews and recommendations. Everything on the topic of Agile software development processes.

Originally the idea was to dedicate the blog exclusively to the tools used on agile projects (hence the title). Obviously I didn’t end up confining myself to just discussing tools. After all, we agilists prefer interactions over processes and tools. So I ended up writing on a variety of agile topics. Most of the topics were things that simply came spontaneously. The ideas arising from my work, my reading or simply my feelings.

Looking back, some my posts were insightful, and others were simply boring. Occasionally I have taken what felt like significant risks with the material I’ve posted by saying things that I knew would not be popular or well received. In some ways that has made writing a blog like this very liberating.

Things began slowly in 2014 with just one post in March. After 200 posts, I think it’s fair to say that I was running out of steam. It wasn’t until August, when an old colleague of mine noted that I hadn’t been writing much, that things began to change. The writing engine fired up and I began posting again.

At this point, I started a new blog, onestandardman. The idea was to focus on a long-standing fascination of mine: Self-experimentation. I wanted to run experiments serially and share the results.

So now I was writing two blogs! In fact, this just seemed to grease the writing gears for me. For 35 days, I kept up a blistering pace of writing, posting twice a day. Once to each blog. September was a ferociously productive month for me.

The interesting thing was that in the past, I had a hard time keeping my writing quality high when I wrote with such frequency. This time quality was not a problem. The material just kept on coming and all I had to do was write whatever the voices in my head were telling me. Eventually, the writing pace slowed to a more sustainable level of 2-3 times per week.

It has been a wonderful year. I’ve encountered greater challenges this year than ever before. Thanks for being there.

This entry was posted on Wednesday, December 31st, 2014 at 12:16 am and is filed under Agile, Etc.. You can follow any responses to this entry through the RSS 2.0 feed. You can leave a response, or trackback from your own site.

One Response to Thanks for a great 2014