Are There Convenient Impediments? 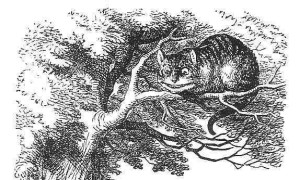 Lately I’ve been living in a strange world. It’s a world where everything is all turned around and inside out. Bad things are good. Good things are bad. In this world things seem to play out the reverse of the way we might normally expect in the real world. For example, in this world impediments that threaten a project’s success are a good thing!

That’s right, in this strange realm impediments are the very best thing that could happen to a project! Let’s say you have a normal project – one that is struggling. Maybe the team really isn’t performing all that well, quality is pretty poor, and things just aren’t going that well. Important issues have not been escalated to management for fear of reprisal…in short, it’s just another mediocre enterprise project drowning under the weight of it’s own mismanaged expectations. As a scrum master for a project like this you might think that your prospects are rather bleak. Perhaps, but not in my world.

You see here we have a tool that I like to refer to as the Convenient Impediment. They’re the project management equivalent of a scapegoat. All you have to do is drum up a few vague ideas for impediments and blame the inability to resolve those impediments for the failure to deliver. A lot of the success in this approach lies in the delivery. You need to start mumbling indistinct references to the impediment early on. No specifics, just make allusions and then refuse to elaborate until you can, “get more solid information.” Then you go quiet for a while and just keep that lethal little bunny in your hat, ready to be revealed when the time is right, preferably close to a key project milestone. Then you whip that baby out and declare that you have an impediment that everyone has known about, and nobody has done anything to resolve. I find it helps to strike a pose of indignance when making such pronouncements.

Unfortunately, the project won’t make the milestone, which is really too bad. It was that dang impediment that got us. At this point it is not considered overacting if you raise your eyes heavenward and cry out, “Why me?” Again, delivery is everything. No, not product delivery, I mean your acting skills, silly!

I’m seeing more and more of these impediments and they seem to have a few things in common:

Fortunately this isn’t the real world, it’s just the strange world that I live in. In my world, agile people and projects fail…frequently. In this odd place people don’t really see failure as a good thing. Ever. It’s a peculiar place where you see things that were never described in the books. Everything is turned on its ear, people do weird things, and sometimes even the impediments are convenient.

Note to self: I should probably lay off the ‘shrooms for while…

This entry was posted on Tuesday, October 4th, 2011 at 8:29 pm and is filed under Agile, Coaching, impediment. You can follow any responses to this entry through the RSS 2.0 feed. You can leave a response, or trackback from your own site.