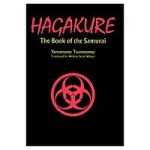 Ever since I saw the movie “Ghost Dog” I’ve had a bit of a fascination with the “Way of the Samurai”. You name it – I like everything from books on Bushido to Kurosawa movies. One of my favorite reads is the Hagakure, a collection of philosophy and principles as they applied to the Samurai. I love the purity of purpose and dedication that is embodied in “The Way”. The following quote caught my attention today:

“In one’s life, there are levels in the pursuit of study. In the lowest level, a person studies but nothing comes of it, and he feels that both he and others are unskillful. At this point he is worthless. In the middle level he is still useless but is is aware of his own insufficiencies and can also see the insufficiencies of others. In a higher level he has pride concerning his own ability, rejoices in praise from others, and laments the lack of ability in his fellows. This man has worth. In the highest level a man has the look of knowing nothing.

These are the levels in general. But there is one transcending level, and this is the most excellent of all. This person is aware of the endlessness of entering deeply into a certain Way and never thinks of himself as having finished. He truly knows his own insufficiencies and never in his whole life thinks that he has succeeded. He has no thoughts of pride but with self-abasement knows the Way to the end. It is said that Master Yagyu once remarked, “I do not know the way to defeat others, but the way to defeat myself.”

The notion of “levels” that he talks about in this passage reminds me of the notion of Shu Ha Ri. I like the notion of levels in the Hagakure better. After all, in a project oriented world we can’t help but find our selves repeating the same thing over and over, never truly finishing our work. This notion of levels helps me to put it all in some sort of perspective.

It even occurs to me that you could map this notion of levels to the Dreyfus Model of skill acquisition:

This entry was posted on Thursday, December 4th, 2008 at 10:21 pm and is filed under Agile, Uncategorized. You can follow any responses to this entry through the RSS 2.0 feed. You can leave a response, or trackback from your own site.